Because of a feeling that this is watering down the martial arts, the BJJ road to black belt sometimes takes 10 years. When you compare this to the 2.5 years it takes to learn all of the basics of TaeKwonDo in some systems and earn a black belt, you can see what happened. The road to a black belt is usually a long and hard one full of ups and downs. The average time to get promoted to black is from 8 to 14 years. It took me 12 years to get my black belt but for some BJJ practitioners, the journey was accelerated.

The road to a black belt is usually a long and hard one full of ups and downs. The average time to get promoted to black is from 8 to 14 years. It took me 12 years to get my black belt but for some BJJ practitioners, the journey was accelerated. What did they more than the rest of us? It depends on the person. Some are just phenoms while others were training 3 times a day and were surrounded by world class instructors. Not everybody in this list is a world champion, some are better instructors and have a great Jiu-Jitsu ‘mind’.

Here the top 10 fastest promotions to black belt in the history of Jiu-Jitsu.

*I’ve only included the well documented promotions. There may have been others but they have not been made public. Also there are 13 instead of 10 black belts in this list since the last 4 are tied in time of promotion.

Nicolas Gregoriades was one of the first persons to be awarded the black belt by the legendary Roger Gracie. He is widely regarded as one of the outstanding jiu-jitsu instructors contributing to the art today. Nic has a deep conceptual and technical knowledge with a methodical, patient teaching style.

Gunnar Nelson is a professional Jiu Jitsu and MMA fighter from Iceland. Gunnar started training in BJJ under Ireland’s Joh Kavanagh and he placed fourth in the ADCC tournament (open weight division) in 2009. Gunnar Nelson was promoted to black belt by Renzo Gracie and became the youngest European to have received a BJJ Black Belt (21 years old, together with Marcin Held and Mads Burnell) and after only 4 years of training.

Former MMA and BJJ world champion Vitor Ribeiro started training BJJ at Nova Uniao at 14 years of age. He won everything at the lower belts and was promoted to black belt by Andre Pederneiras at just 18 years old.

Richie Boogeyman Martinez is a black belt under Eddie Bravo (10th Planet Jiu-Jitsu) and he earned it in 3 years and 11 months which makes him one of his fastest student to earn his BB ever (His brother Geo earned it in 3 years- see below). Boogeyman is also a pro MMA fighter and is signed to Titan FC, and has been break dancing for about 15 years

Fabiano Scherner achieved his black belt in 3 years and 11 months . He started from 0 training in jiu jitsu in january 3rd of 1999 and got his black belt in December 20th of 2002. He is a UFC vet and runs a Gracie Barra academy in Oregon.

BJJ coach Lloyd Irvin started training BJJ in the mid 90’s under Leo Dalla. Irvin learned very fast and after 1 month, he received his blue belt. His instructor Leo Dalla left for Brazil Irvin had to train by himself. He opened a school and started teaching and competing all over the States and in Brazil. He received his BJJ Black Belt in only 3 ½ years from the hands of Leo Dalla.

Gabriel Moraes has an amazing Jiu-Jitsu story. he won the world championship on three separate occasions (separated by 9 years 2004 and 2013 ) and he is amazingly the first and only BJJ competitor to consecutively win the worlds as a blue belt (in 2003) and as a black belt (in 2004). You heard it right. He bypassed the purple and brown belt and was promoted straight to black belt in a record 3,5 years of training.

Geo Martinez is a student of Eddie Bravo.He comes from a breakdancing background and that allowed him to use his attributes when training in Bravo’s 10th Planet Jiu Jitsu system. Martinez incredibly became a 10p Jiu-Jitsu black belt (No Gi only) after just three years of training. He has won the EBI tournament and placed 4th at the 2015 ADCC.

In 1997 Penn began training Brazilian Jiu-Jitsu under Ralph Gracie, eventually earning his purple belt from Gracie. At that point he moved to Nova União where he was eventually awarded his black belt in 2000 by Andre Pederneiras. A few weeks later he became the first non-Brazilian to win the black-belt division of the World Jiu-Jitsu Championship held in Rio de Janeiro, Brazil. While Penn’s most well-known and prestigious achievement was placing first in the black belt division in the 2000 world championships, he had success at the Mundials in previous years. In 1999, at the age of 20, Penn finished 3rd, earning himself a bronze medal in the brown belt division, losing only to Fernando “Tererê” Augusto, and in 1998, earned a silver medal, placing 2nd in the blue belt division. Penn is thought to have earned the fastest legitimate black belt of all active Brazilian Jiu-Jitsu practitioners (tied with two others).

Multiple world champion Caio Terra was promoted to black belt by Reyson Gracie and Paulo Strauch after just 3 years of training and having won everything on the local Brazilian scene. He went to become one of the most dominating fighters in rooster weight history.

Travis Stevens U.S.A Judo Olympian went through all the BJJ Belts under John Danaher in 18 Months! He was promoted in 2013. He Held the rank of Brown For a Year and competed at Copa Podio, BJJ expo tournament. White-Blue in weeks. Then blue-purple in a month then purple-brown in a few months!

All martial artists dream of reaching the pinnacle of their sport someday. Whether it’s receiving the title of World Champion or achieving the highest rank in their art, these are goals that are achieved by only a few individuals. This is why World Champions and BJJ Black Belts are held in such high regard. The amount of effort, time, and perseverance they have put into achieving their goals is undoubtedly awe-inspiring.
If you’ve been practicing BJJ for awhile and wondering how to achieve this level, read on to discover the road to the black belt:
Not everyone receives their black belt in BJJ

To become a black belt in BJJ, you will need years of extensive training. On an average, it takes almost 10 years for a BJJ student to receive his/her black belt. Although there are some BJJ prodigies that have received their black belts in a shorter period of time, this is quite rare. Often times, these prodigies compete and win at the highest levels of competitions, besting the toughest competitors in the sport.
Unfortunately, a large percentage of BJJ students do not end up receiving their black belts. They do not foresee the immense dedication needed to achieve this level and often end up quitting at the blue belt level.

Progress is not linear

Progressing to the next rank is not as straightforward as it seems. Some students are promoted based on technical knowledge, and some are promoted because of their consistency in training. Students who are more consistent will often get promoted faster.
Also, because of the belt system, some students may spend one year at one belt and several years at another. Whether it’s because they’ve fallen into a plateau or because they’ve been given more responsibilities at work, there’s no doubt that it’s different for everyone.
Promotions 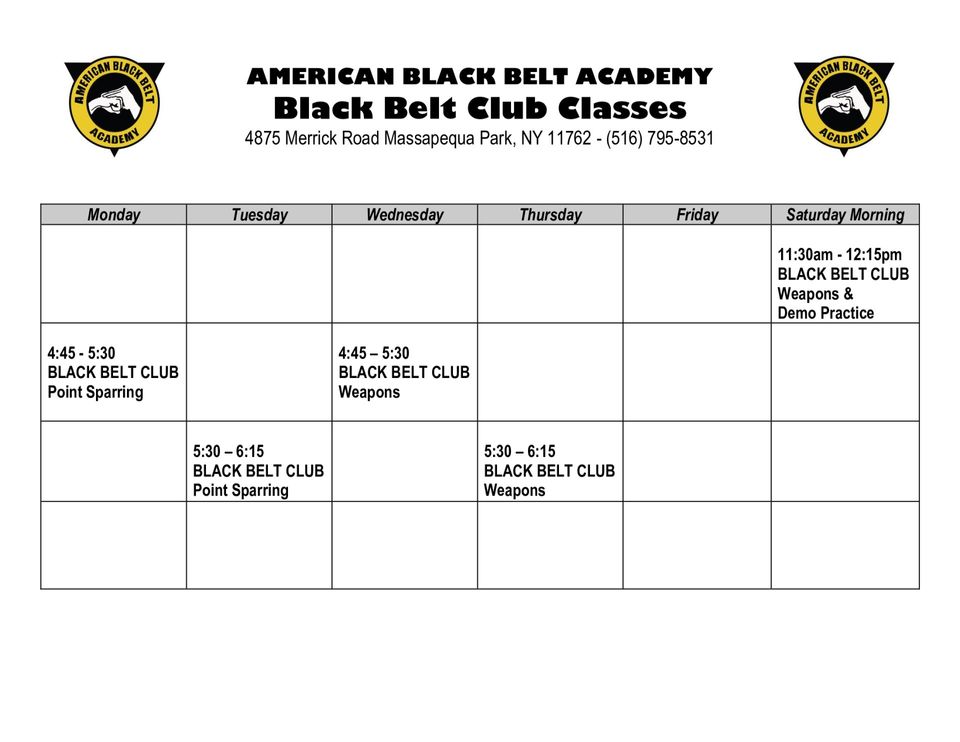 Unlike other martial arts, white, blue, purple, brown, black, and red are the only belt ranks in BJJ. In between belt promotions, students receive a maximum of 4 stripes according to their progress in class. As we mentioned above, belt promotions aren’t solely based on skill. They could be based on tenure, character, mental toughness, and depth of knowledge. Some professors take competitive performance into consideration as well. If you are training at an academy with many professors, they will confer before promoting a student to the next belt.

With these in mind, if your aim is to someday receive your black belt in Brazilian Jiu-Jitsu, you must be ready to be fully committed and willing to spend many years training and competing. Here are some tips to help you set the foundation for a fruitful BJJ journey:
1) You must be consistent

The double leg takedown is one of the most effective ways to get your opponent on the ground.

It’s as simple as this: You cannot expect to receive your black belt if you don’t train. Being consistent is an important tenet of Brazilian Jiu-Jitsu. The more consistent you are, the easier it will be for you to master the thousands of techniques you’ll come across in your journey.
2) Leave your ego at the door
In your BJJ journey, your ego will be tested many times. No matter how good your technique is, how highly ranked you are, there is always a chance that someone smaller, weaker, or even lower ranked than you could tap you out. Not everyone can handle this, and those who can’t end up quitting BJJ altogether. By choosing to move on and learn from your mistakes, you become a better BJJ student. Being better would undoubtedly bring you closer to achieving your goal, which is receiving your black belt.
3) Get your basics right

As we mentioned, there are thousands of variations of techniques in BJJ that you’ll need to learn and attempt to master in order to receive your black belt. As impossible as it may sound, having a solid knowledge of fundamentals would certainly help you in this aspect. When you have your basics down pat, it will be easier to move on to the fancier stuff. After all, all techniques are based on basics.
Although 10 years may seem like a lifetime, the more dedicated you become to BJJ, the faster time will fly. In fact, you may find yourself refusing to be promoted because you’ve realized that there’s still so much to learn. Don’t rush your journey and stop thinking about your black belt. Why not savor each training day and take it one step at a time?