Skip to content
It's a full-service establishment around here, and don't you forget it.
Allow me to tell you what to do (and what not to do) when you find yourself smitten with the barmaid (I suppose it could work for the barman as well, but most of the anecdotes that spawned this list are from my experiences and my sister's tales of working behind the bar in Scotland, and we're both ladies, y'see).
First off, I suppose it warrants mentioning that since men seem to find women in the beverage service industry very appealing (guys, correct me if I'm wrong here, but this is what I've heard), so you should probably keep in it in mind that she deals with a lot of douches throwing themselves her way, so you'll need to work pretty hard to prove you're not one of said douches. There are a few easy ways to do this.

1.) Be careful with the tipping. Too little and she thinks you're an asshole. Too much and it seems like you're trying to buy her attention. Always tip fairly ($1 per drink, maybe more for cocktails. Probably lots more if you order sissy cocktails.), with the occasional sympathy over-tip if you go in on a really busy night and feel bad for her. This is something a bartender appreciates over time, which brings me to...
2.) Cultivate status as a 'regular.' We like regulars. They are comforting. We know they don't get out of control, we know they don't run out on bills, and they're not going to go for the reach-around if we run down to change a keg (all of those things are unappealing in a dude, by the way, so don't do those things). Also, a bartender is much more likely to chat with a regular than some one-off dude who waltzes in and throws a wad of money on the bar and then expects she'll take him home. Also, being a regular means coming in for non-busy hours, which is more conducive to chatting with a non-busy bartender.
3.) You are what you drink (in that we remember what you drink). Don't drink sissy drinks. Nothing with 'Breeze' in the name. In fact, you should get into the theme or specialty of the establishment itself. Some young men once asked me to select their beers for them, which was great. It allowed me to nerd out about Julius Echter and Fuller's ESB. Chances are, the bartender enjoys a tipple herself, so it's a nice icebreaker to ask her opinion on a beverage selection. There really is nothing worse than rattling off the tap list and getting hit with the old 'I'll just have a Mich Light.' I, in my growing beer snobbery, have begun to expand my disdain toward guys who unadventerously go for the Bass Ale... yes, it's a solid beer, but c'mon! Live a little! 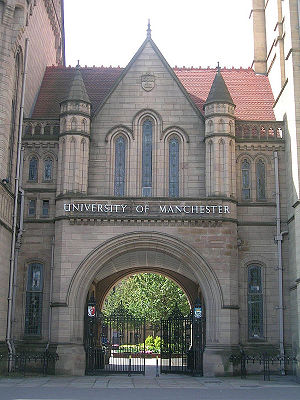 4.) You may notice the spot where she's spending a lot of time washing glasses. The sinks may necessitate bending over at the waist. Do not sit in front of that spot. 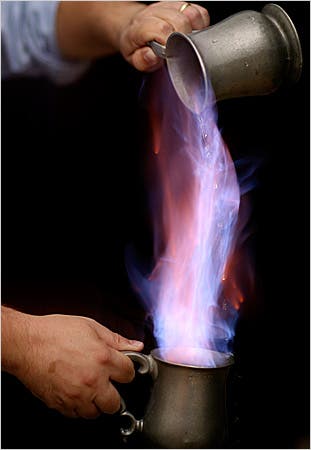 You will be able to see right down her shirt. She will know that you can see right down her shirt. She will find that it creepy if you sit there.
5.) No matter where you're sitting, don't stare. You won't be able to will her into conversation with you. You'll only succeed in augmenting the feeling of being a caged animal. Wait until she comes by to check on you to make light conversation. Once you cultivate the regular status, familiarity will grow and you'll be in business.
6.) Don't get wasted and ambush her. Don't get wasted and stay as she's closing the place down. Don't leave your number unsolicited. If you get wasted, you should probably keep to yourself, because she's going to remember the idiot things you said even if you don't. This harks back to my cardinal rule for picking up chicks: do not be more wasted than she is if you really want to score. This is tricky because bartenders are stone-sober. Or, they're supposed to be (at least in N'Hampshah).
7.) Take a friend. Become regulars together. This will help you to avoid sitting at the bar and silently waiting for her to talk to/look at you (which is creepy.... at all times, you want to avoid being creepy.). I don't tend to engage men who are solo at the bar (fearing the creep factor), but a pair or small group is manageable.
Above all, I think the important thing is that you must crawl before you can walk... befriend before you go for the digits. There are plenty of guys who hit on lady bartenders in alarming ways. Don't be that guy.
As an extra special bonus, I have a few important 'Overheard From Behind the Bar' guy-to-girl pick up (or take home) lines that I'd like to share as a cautionary tale (be ye not so ridiculous):

'Mmmm. You smell fertile. No, seriously. That's a compliment.'

(I am not making that up. I really overheard that. I very nearly puked into my sink. The sad thing is, the dude had only had two beers. )

'You're gorgeous. I just want you to know that.'
'We don't need to have sex. We could just hold each other.'
'I'm not just a one-night stand. I need love to get erect.'

(These gems are all from one very wasted dude. I am also not making them up. It should be noted that in the latter line, he sort of pronounced it 'luuuv.' You'll be pleased to know, however, that the gentleman went home alone.)